Brighton and Hove News reporter Tim Hodges caught up with Seagulls winger Jamie Murphy earlier this week. Here’s what he found out.

2) He told @bhcitynews he would always be thankful to current Brighton resident and former Seagulls boss McGhee for giving him his first run in the team at Motherwell and a chance to play in the Europa League while at Fir Park.

3) He considers his family to be the biggest influence on his career. His parents regularly travel down to watch him play. Murphy has settled in Worthing with his partner and young daughter.

4) The Championship is the highest level he has played at in his career. Although he finds it more physical than League One or the SPL he finds the style of play allows him more time on the ball. 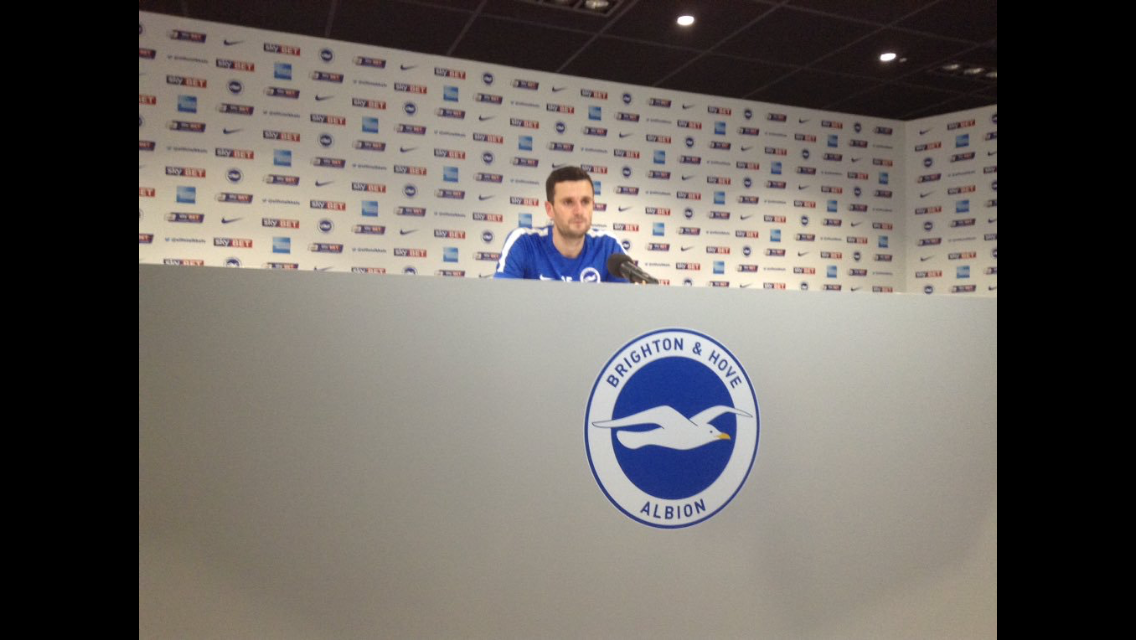 “Everyone who trains has the chance to be selected. There is no set eleven or substitutes – you have to work hard every day.”