‘Macho’ arrested in Brighton after six years on the run

A man wanted in connection with drugs offences has been arrested after six years on the run. 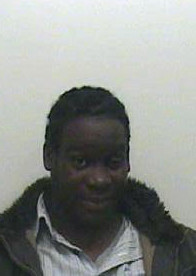 Christopher Brown was arrested at a flat in Brighton by officers from the Arun and Chichester Crime and Operations Team on Tuesday (1 December).Controlled drugs, cash, scales and mobile phones were recovered from the scene.

The 36-year-old, also known as Macho or Uncle, was wanted on suspicion of the supply of Class A drugs in Worthing between May and June, 2009.

Last week, he featured in a Crimestoppers feature celebrating ten years of its website, in which he was flagged up as one of the region’s most sought-after suspects. The charity said he has been known to disguise himself as a woman.

Following his arrest, he was charged with five offences relating to the supply of Class A drugs and remanded to appear at Crawley Magistrates’ Court on Wednesday (2 December).

Two other people also arrested at the same flat have been released on bail until February pending further enquiries.

Sergeant Chris White said: “Officers showed great persistence and perseverance in tracking this man, and their hard work has paid off where they successfully arrested him in a flat in Brighton.”