An investigation has been launched into the cause of a fire which started in a Hove bedroom yesterday afternoon. 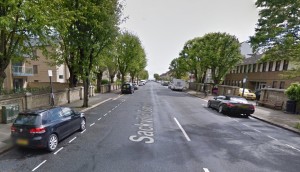 East Sussex Fire and Rescue Service were called at 3.16pm on Thursday to reports of smoke coming from a bedroom in Hove.

Firefighters were also called to a flat fire in Eaton Place, Brighton at 7.44pm on Wednesday evening.

The incident was at a terraced property consisting of flats over four floors and a basement in Eaton Place.

Three fire engines were sent from Roedean and Preston Circus, along with an aerial ladder platform.

Crews used four breathing apparatus and one hose reel jet. They then spent time damping down to ensure the fire was out.

The cause was accidental.