Albion Chris Hughton has told Brighton & Hove News he expects that Seagulls fans will travel in great numbers to Loftus Road for this evenings Championship encounter he said “I’m quite sure for a  big game they (QPR) will get a full house, I’d  like to think that the fact it’s not so far, we’ll take  a big crowd and we  can generally be quite  vocal – but it’s quite an intimidating place if you’re a player . But we can expect all that” 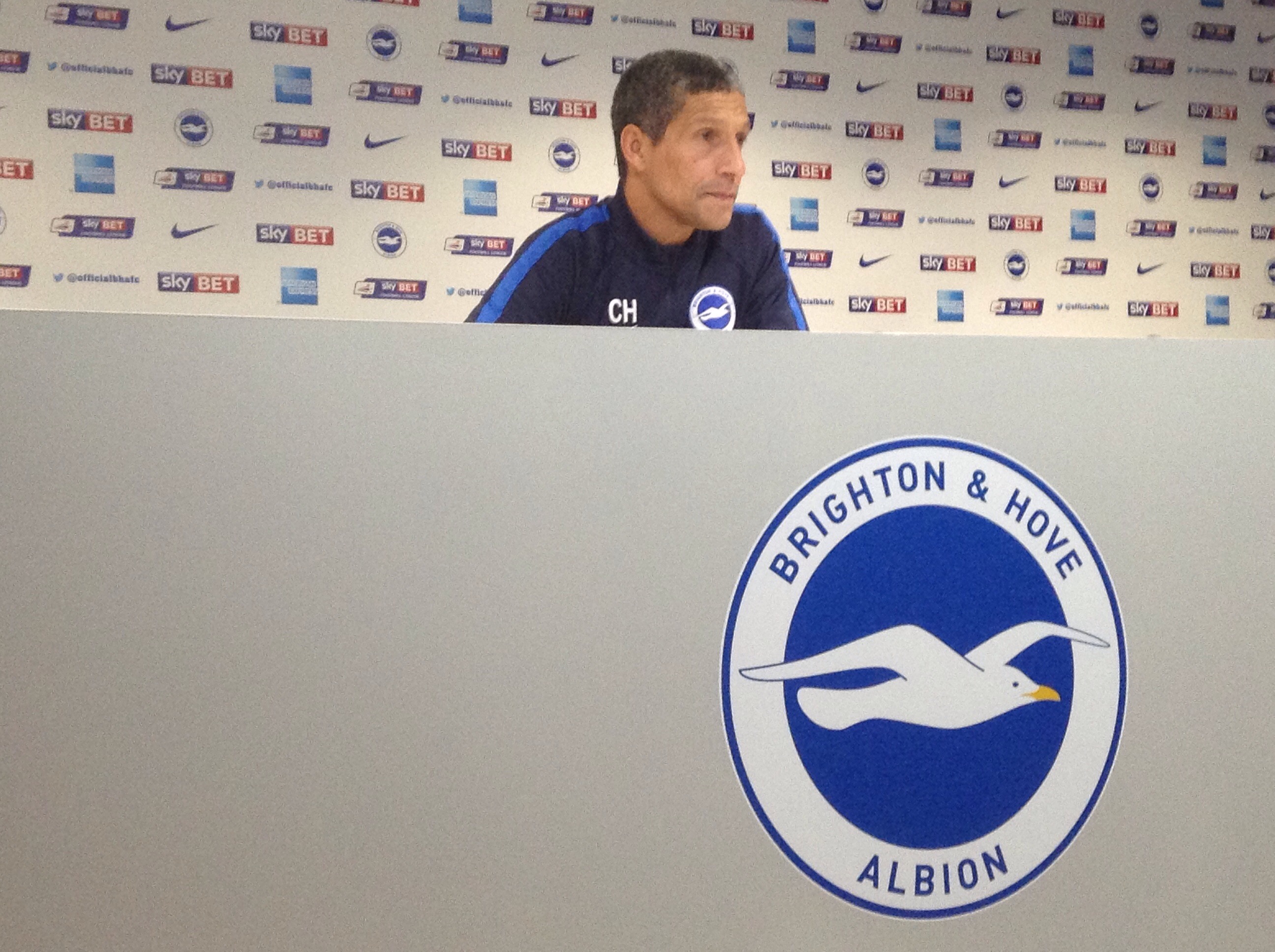 Hughton reflected that Derby had also had an intimidatory atmosphere and Albion would need to show all their qualities from Saturday to get a result in west London.

The Albion boss also had some kind words for Rajiv Van La Parra who signed for Albion on loan the same  day as James Wilson. Hughton told @bhcitynews “he has made a wonderful contribution and  this one ( Van La Parra) happened quite late , with  Wilson we were aware of him but didn’t know how the situation would pan out . When we signed Van La Parra, both Solly ( March ) and Jamie Murphy were fit and in good form – so you know he can make some contribution but never quite sure how much- but now with Solly’s  injury he will play a part.

Hughton wouldn’t be drawn into the possiblity of the Dutch winger extending his stay with the Seagulls. ” He was brought in for us to have a look at him and to increase competition – what he has to do now to is produce.”

The Albion boss said he and his staff hadn’t  thought as far ahead as Van La Parra’s loan expiry, which effectively is 31st December.

The player cannot play against his parent club Wolves on New Years Day.