Mental health chief to head NHS in Brighton and Hove

The senior mental health manager in Brighton and Hove is to take charge of the NHS in the area.

John Child, who works for Sussex Partnership NHS Foundation Trust at Mill View Hospital, in Hangleton, will take up his new post on Monday 1 February.

He will take over as chief operating officer of Brighton and Hove CCG from Geraldine Hoban, who became the accountable officer at Horsham and Mid Sussex CCG last month.

Mr Child, a service director at Sussex Partnership who runs mental health services across Brighton and Hove, has been with the trust for just over three years.

He previously worked in social care and community mental health for Brighton and Hove City Council for six years.

He achieved a masters qualification in social work from Sussex University in 2002 after graduating from Cardiff University in 1998 with a degree in English literature.

Mr Child, who will be 40 when he takes up his new post, said: “I am very pleased to be joining the CCG from the beginning of February.

“I have been working closely with them in my previous roles for some years so have established relationships with future colleagues and will be keen to share my experiences of working in the city in a provider NHS organisation.

“I think this is an exciting time for health and social care provision both within the city and Sussex and look forward to working with CCGs, the city council, colleagues with the community and voluntary sector to improve services for patients, their families and carers in the city.”

Geraldine Hoban, from Hove, spent eight years at the CCG in Brighton and Hove, including more than four years as chief operating officer.

She graduated from York University with a psychology degree in 1990. She joined the NHS in the same year as a researcher within a public health team focusing initially on the emerging HIV and AIDS epidemic.

After completing a masters degree in public health sciences from St Georges Medical School in 1994, she went on to join the NHS management training scheme.

At Horsham she replaces Sue Braysher who has joined Nuffield Health as the commercial director for NHS partnerships. 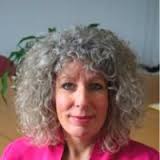 Mr Child’s appointment was reported to the Brighton and Hove Health and Wellbeing Board.

Councillor Dan Yates, who chairs the board, said: “John Child will be starting as the chief operating officer of the CCG on (Monday) 1 February.

“I am sure we will all welcome him on his second day in his new role at our next board meeting.”

Mr Kershaw is taking up a similar post in Canterbury after three years at Brighton and Sussex University Hospitals (BSUH).

His deputy Amanda Fadero will step up as interim chief executive while BSUH and the Trust Development Authority recruit Mr Kershaw’s successor.

Councillor Yates said: “I know board members will want to give our thanks to Matthew as well as wish him every success in his new role.”