Escaped murderer back behind bars after being arrested in Hove

A murderer who absconded from prison is back behind bars after being recaptured in Hove after two and a half years on the run.

The force said: “A man who absconded from Ford Prison more than two and a half years ago found himself back behind bars for Christmas after he was arrested in Hove on Christmas Eve.

“Derek Passmore, now 50, was recaptured after failing to return to HMP (Her Majesty’s Prison) Ford on (Saturday) 22 June 2013 while released on temporary licence.

“He absconded after being sentenced to life imprisonment for the murder of an acquaintance in London in 1997.” 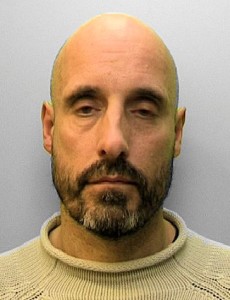 PC Lewis Dines, who works in the team leading the investigations into all absconders from Ford Prison, said: “Passmore was released on a temporary licence from Ford prison and failed to return by the end of the allotted period.

“A significant amount of work involving teams in Sussex and colleagues in the Metropolitan Police Service was undertaken but he maintained a low profile and remained evasive.

“However, we recently received information about his whereabouts which led to his successful and uneventful recapture in the Hove area on Thursday (24 December).”

Passmore has been charged with escaping lawful custody and has been detained at Lewes Prison.

He will serve the remainder of his original sentence and also be sentenced for failing to return to return to Ford Prison.

Anyone with any information about an absconder from Ford can phone Sussex Police on 101, email 101@sussex.pnn.police.uk or call the independent charity Crimestoppers anonymously on 0800 555111.

Brighton & Hove Albion v Ipswich Town: Wilson on bench as Hughton mixes it up a little