Sussex Police said that a shop assistant fled Laylands news and off licence when the armed robbers struck. 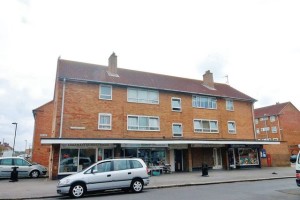 The force said: “Police are appealing for witnesses after two men robbed Laylands newsagent and off licence in Fishersgate on Monday night.

“The two suspects went into the shop in Laylands Road at about 9.15pm carrying blades and demanded cash.

“The shop assistant ran out of the shop and one of the men stole money from the till while the other stole bottles of alcohol and cigarettes.

“Both then left the store and turned right into St Aubyn’s Road.

Detective Constable Jane Mills said: “We are appealing for witnesses who saw the suspects running away from the shop or anyone who has any information to contact us.”

Anyone who can help detectives is asked to phone Sussex Police on 101 or email 101@sussex.pnn.police.uk.