An audience of hundreds of students, staff, parents and supporters heard the 32-year-old Saracens and England flanker speak about being born with a club foot and struggling at school.

She described how a PE teacher persuaded her to give rugby a try. She was picked to represent Great Britain on tour in Australia but had to find £2,000.

Her year head gave her a bucket and told her she would double whatever she raised. And she did, doubling the £500 that Alphonsi collected after giving presentations to every assembly and class.

Then her PE teachers raised the rest. Alphonsi, now a television pundit, said: “It was the first time anyone believed in me.” 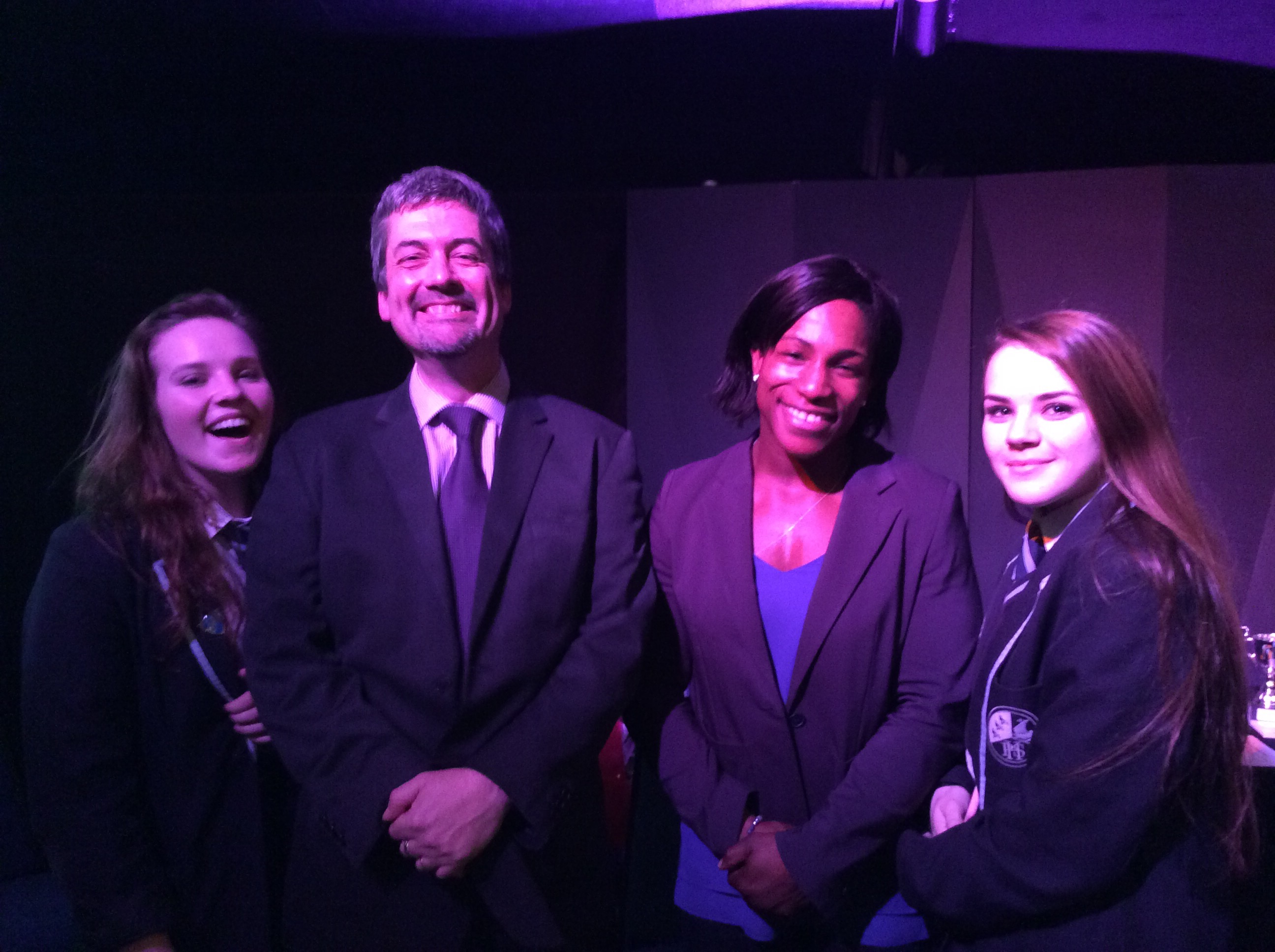 She recounted the heartbreak of losing two World Cup finals to New Zealand, including on home soil, before the triumph in 2014 in France when England beat Canada 21-9.

Alphonsi represented England 74 times, scored 28 tries and earned an array of team and personal accolades. She was made an MBE in 2012.

She said: “Life is measured by the impact you have on other people.

“One person can make a big difference to a thousand people’s lives.”

At the Clarendon Centre in Brighton, awards were given for achievement, progress, success in specific subjects and wider contributions to school and community life.

Among the Hove Park pupils to collect prizes were

Head teacher Rob Reed – a self-confessed rugby nut – admitted having once asked Maggie Alphonsi for a selfie, saying that it was for his daughter.

Mr Reed praised his pupils. He said: “Young people get a bad press but the young people we have seen tonight are far more representative.”

They have earned recognition for their hard work, effort and passion, he said, adding: “We are a really good school and we continue to get even better.”