Hove Library is a step closer to leaving the Carnegie building in Church Road after a vote by councillors this afternoon (Thursday 10 March).

A final decision is due to be taken in a fortnight at a meeting of Brighton and Hove City Council.

Under the council’s Libraries Plan 2016-20 Hove Library will move from its existing 108-year-old premises to the Brooker Hall, home of Hove Museum.

The council plans to create more space inside and outside the building for library users and to have some flexible shared spaces with the museum.

The proposal has attracted opposition including from former Green councillor Christopher Hawtree who campaigned against a previous proposal to close the Carnegie building.

Councillor Robert Nemeth led the opposition to the proposal at the council’s Economic Development and Culture Committee meeting yesterday (Thursday 10 March) which took place in the Jubilee Library in Brighton.

Councillor Nemeth said: “I am disappointed that the important question of Hove Library’s future is being dealt with as part of a wider package of measures when it could easily have been taken out and dealt with in isolation.

“Considering the future of Hove Library in this manner divides and rules and detracts from a lot of good work that has been done in other areas such as Hollingbury and Westdene.

“We read in the report that Hove Library has a dedicated 616m2. The new facility will have 520m2. This is a reduction of just 15 per cent apparently.

“But this is counting the so-called flexible museum/library areas. Dedicated library space in the new facility is only around 250m2 – a reduction of some 59 per cent. Nowhere near the 15 per cent figure.

“If the flexible space is to be counted as library space, as has been done, then it needs to be acknowledged that the museum is to shrink by an equivalent amount.

“To not do so would be double-counting – in effect, a gross manipulation of the figures.

“250m2 is to be lost from the museum – essentially the whole ground floor of a two-storey museum – or half the museum.

“This is quite an important detail to skip over.

“So whether it’s the shrinking library or a vanishing museum, there is no doubt that Hove is losing out again.

“And there is of course the removal of much of the garden behind the museum – one of Westbourne Ward’s only green spaces.

“The building condition report suggests that repairs will cost £845,000 over the coming five years.

“I would question this figure but would also point out that, if it is true, any potential purchaser will expect the asking price to take it into account.

“We won’t be able to escape such a cost whether we keep it or sell it.

“In conclusion, having assured thousands of residents on the doorstep in the run-up to the election that I would resist further damage to Hove as a distinct community, I couldn’t possibly support a policy that sees such a reduction in service for the town.”

Councillor Alan Robins said: “This report is nothing short of miraculous.”

He said that despite budget cuts, the Libraries Plan included creative ideas for a better service and longer opening hours across the 14 libraries in Brighton and Hove.

Councillor Robins said: “We’ve got to look at this in the round. We’ve had no other suggestions. No one’s said leave Hove Library and pay for it by doing this or not doing that.

“The campaign that’s been run has been disingenuous. They’ve been telling people they’re going to shut Hove Library without telling them we’re going to move it 400 yards down the road.

“The hospital out in Kemp Town is a lovely building. It’s old and it’s precious but nobody’s saying we shouldn’t knock it down and build a modern replacement.”

Councillor Garry Peltzer Dunn pointed out that Brooker Hall – which was used for German prisoners of war during the First World War – was 30 years older than the Carnegie building. It was built in 1877. 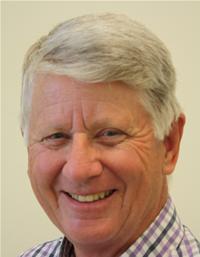 Councillor Peltzer Dunn said: “I don’t want to see a diminution of service to Hove residents but I’m not convinced that there won’t be. I don’t think the case has been proved for moving Hove Library.”

He said that while he was not happy with some of the aspects of the report before the committee, it also contained many good things.

And he was mindful that while councillors represent a ward they also had a wider duty to the council as a whole.

Councillor Les Hamilton said: “When I first moved to Mile Oak the library was in a small room in a community building. Then it moved into Portslade School and Community College and now it’s in PACA.

“It’s been in three buildings but it’s always been Mile Oak Library. It’s a service – not a building.”

Council leader Warren Morgan said: “I have huge respect for everyone who’s campaigned to protect the Carnegie building. It’s obviously a much-loved building.”

He cited his Labour colleague, Councillor Dan Yates, who pointed out that the council was under a duty to provide a library service for the whole area.

The committee had been told five to seven libraries might have to shut if Hove Library stayed in the Carnegie building. It is expected to open in the museum building in early 2018.

Councillor Morgan said that the Libraries Plan would lead to extended opening hours across the city.

And he added: “We will always put services before buildings.”

The Economic Development and Culture Committee voted 6-3 in favour of the Libraries Plan, which includes moving Hove Library, with one abstention.

The final decision will be taken at a meeting of the full council on Thursday 24 March at Brighton Town Hall. The meeting is open to the public.