Wilson casts Brighton & Hove Albion away from the play off pack

Albion overcame a stubborn Reading to move into the Championship automatic promotion places thanks to a James Wilson goal.

The Seagulls set out their stall early on, pressing the Royals back into their own half from the start.

The little-seen strike partnership of Sam Baldcock and Wilson was quick, crisp and soon creating chances.

Albion’s first opportunity fell to Dale Stephens after excellent approach play from Baldock. The midfielder was clean through but shot straight at ex-Albion keeper Ali Al-Habsi in the Royals goal.

With Albion unusually kicking towards the north goal in the first half Baldock tried to tee up Wilson again but the on-loan Manchester United striker couldn’t direct his shot from such a tight angle.

The Seagulls were still just on top. Then just before the half hour Baldock stormed through the Reading defence and squared the ball to Wilson who curled a shot with the inside of his boot past Al-Habsi and in off the post to give Albion the lead.

Reading’s only real chance of the half involved Matej Vydra, Micheal Hector and Ola John. Vydra’s shot was scrambled away by David Stockdale. The rebound was fired wide by Hector from a tight angle.

Both Jamie Murphy and Wilson again had chances to increase Albion’s lead before half time.

But Albion found Reading a different proposition as the second half started. Kayal was blocked off when making forward runs and Stephens was agitated by the lack of fluency in midfield.

Anthony Knockaert still found a way to get clear and pulled a cross back across the area but Baldock fired high and wide while falling backwards.

Reading kept Albion pressed back in their own half for a while. Connor Goldson and Lewis Dunk were equal to the aerial threat.

Hal Robson-Kanu caused some problems and one header from a John cross forced Stockdale to make a save low down.

Jamie Murphy had the chance to make Albion more comfortable again after a great assist from Baldock. But the winger poked the ball wide when free in the area albeit from a tight angle.

Gaetan Bong got warm applause as he came on as a substitute for his first appearance since October.

Dale Stephens was booked and may now face a suspension.

Albion seemed content to let the game fizzle out and it did. Reading forced a few late free kicks and Robson-Kanu hit a post, long after the whistle had gone for a Reading free kick. Which they wasted.

Another, but this time well worked, free-kick saw the ball knocked back across the area and fall to John. But he blasted his shot into the ground and up over Stockdale’s near post. It was probably Reading’s best chance of the half.

Albion did the required job and, with Hull only drawing at home to Nottingham Forest, move into second  place. 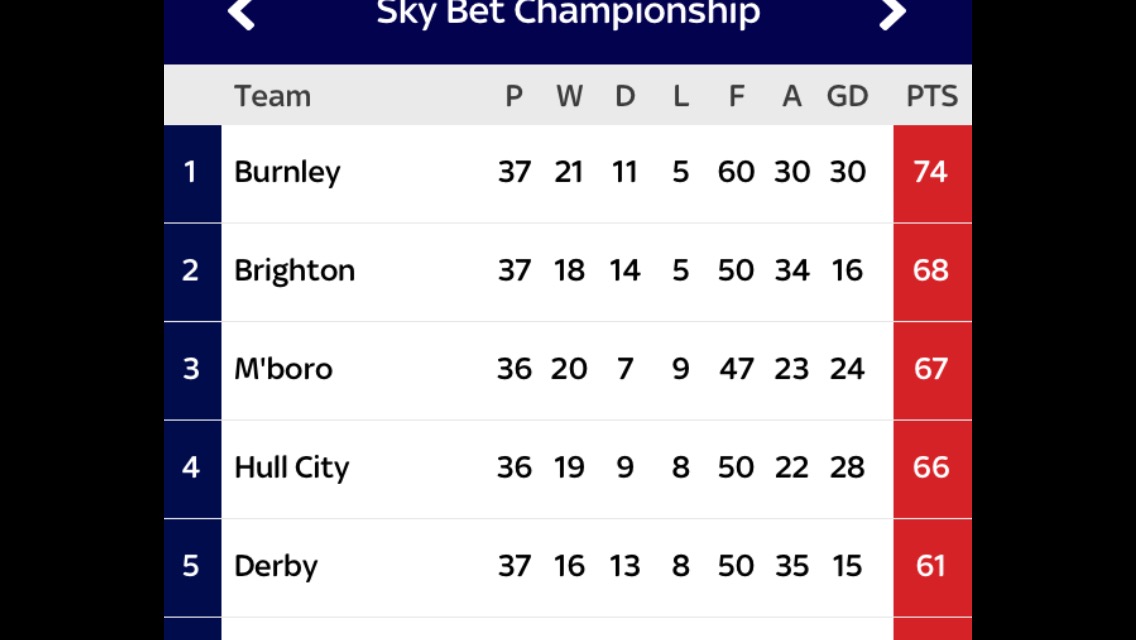 Both Hull and Middlesbrough in third and fourth have games in hand on the Seagulls so it’s not quite in Albion’s owns hands yet.

However, Albion meet lowly MK Dons in front of over 6,000 traveling fans on Saturday (19 March) at Stadium MK. The two teams below Albion meet at the Riverside the night before. If Hull and Boro draw there and Albion can manage an away win, the Seagulls could open up a three-point gap at Easter and going in to the international break.

Sign another striker on loan – could Glenn Murray be available?!? – and they could more than dream what once may have been considered impossible.