The man who staged a dramatic escape from a Brighton court was back before magistrates today (Tuesday 5 April) although this time by video link.

George Qatramiz, 32, was charged with escaping from lawful custody and told that he would be held in prison until he is tried.

Qatramiz fled Brighton Magistrates’ Court yesterday (Monday 4 April). He was back behind bars about four hours later after being arrested in Eastbourne.

A woman suspected of helping him to flee was released on police bail. 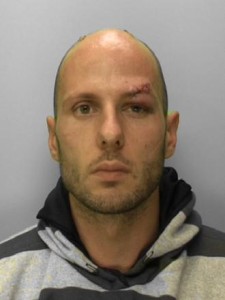 Sussex Police said: “A man captured by police after he escaped from Brighton Magistrates’ Court has been charged.

“George Qatramiz was arrested following a police search in Eastbourne at 4.22pm on Monday (4 April), about four hours after he ran from the court in Edward Street, Brighton.

“The 32-year-old, of Grand Avenue, Seaford, was remanded in custody and charged with escaping from lawful custody.

“He appeared at Brighton Magistrates’ Court on Tuesday (5 April) via video link and was remanded in custody until (Tuesday) 3 May.

“A 21-year-old woman from Heathfield was arrested on suspicion of assisting an offender and bailed until (Tuesday) 17 May pending further inquiries.

“Qatramiz had been at the court on Monday (4 April) to attend a hearing for wounding with intent to commit grievous bodily harm in relation to an incident in Pelham Road, Seaford, on (Wednesday) 23 September.”