Have you seen missing Brighton woman?

A 65-year-old woman from Brighton has gone missing after leaving for a trip to the cinema yesterday morning (Thursday 14 April). 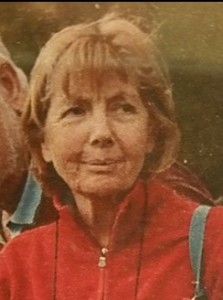 “The 65-year-old who suffers from a mild form of Alzheimer’s disease was last seen at her home in Steyning Avenue at 10am on Thursday.

“She said she was going to the Odeon cinema in West Street, Brighton, and would be back in the afternoon.”

Inspector James Davidson said: “We are concerned for Alison as she hasn’t returned home as usual. If anyone has seen her please let us know.”

Alison was described as white, 5ft 6in tall and slim, with short straight blonde hair.

Police said that she was wearing a three-quarter length maroon puffa jacket, dark blue jeans and white trainers and was carrying a blue and white striped bag.

Anyone who has seen her or who knows of her whereabouts is asked to phone Sussex Police on 101 or email 101@sussex.pnn.police.uk.

Sussex Police added: “If she is danger or in need of urgent medical attention, ring 999.”