One of the best-known seafront hotels in Brighton is being offered for sale as part of a £130 million portfolio of ten properties.

The Old Ship – possibly the oldest hotel in Brighton and Hove – dates in part from 1559, the year when Queen Elizabeth I was crowned.

It is part of the Hotel Collection. The group of regional hotels being sold has a guide price of at least £130 million, having generated revenues of £48 million last year. 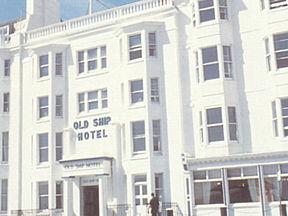 The sale is being handled by Savills and Rothschild, according to Propel Info, the online newsletter for the food, drink and hospitality sector.

The Hotel Collection described the Old Ship as “reputedly the oldest hotel in the city”.

The company said: “With parts dating back to 1559, the Old Ship Hotel is steeped in history and royal connections.”

The four star hotel has 154 bedrooms and, the Hotel Collection said, and 400-year-old cellars available for private dining.

Savills’ head of British hotel transactions Martin Rogers said: “We are pleased to be bringing this significant collection of hotels to market.

“The distinctive heritage and character of each property has been maintained while generating a robust collective income.