A homeless man has died after being hit by a car in Old Shoreham Road in Portslade last week. 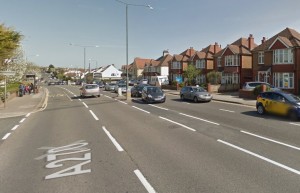 Anthony Charles Parsons, 54, was taken to the Royal Sussex County Hospital in Brighton where he was in a critical life-threatening condition after the collision at 5.35am on Tuesday (12 April) near the junction with Benfield Way.

He sadly died on Thursday (April 14) in hospital.

Sergeant Richard Hornsey said: “We would specifically like to speak to the driver of a light-coloured Volvo estate car who stopped at the scene to help, as this man as he may hold vital information that could assist in our investigation. We ask him to come forward so we can speak to him.

“We are investigating a number of possibilities as why this man was where he was and how he sustained his injuries.

“If you saw him in the area at any time leading up to the ambulance service being called, please email collision.appeal@sussex.pnn.police.uk or call 101 quoting Operation Parkhurst.”