Boy, 13, kicked in head and ribs by teenage robbers

Police are investigating an incident on the grassed area just south of the tennis courts at St Ann’s Well Gardens, Hove, in which a 13-year-old boy was attacked and robbed. 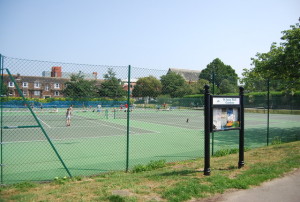 It happened at around 6.30pm on Friday 15 April. Two other boys pushed and punched the victim, who was also kicked in the head and ribs and later required hospital treatment.

His black Nike baseball cap, an Armani watch and £30 cash were stolen by the offenders.

The watch had a black face, a rose gold rim and a silver strap.

Detectives are appealing for anyone who was in the park and may have seen what happened, or who may have other information, to get in touch.

They should email 101@sussex.pnn.police.uk or phone 101, quoting serial 308 of 19/04. Alternatively they can contact the independent charity Crimestoppers anonymously on 0800 555 111 (www.crimestoppers-uk.org).