Chris Grayling the Conservative Leader of the House of Commons, will be joined by Labour, Green and Liberal Democrat supporters who also want Britain to leave the European Union (EU).

After the launch event, which will include a photo call outside the Royal Pavilion, dozens of campaigners are expected to go leafleting. 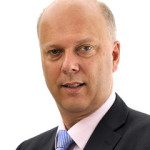 The honorary president of the campaign in Brighton and Hove is Sir Andrew Bowden, the former Conservative MP for Brighton Kemptown. He held the seat from 1970 to 1997.

Councillor Tom Bewick, the Labour member for Westbourne Ward on Brighton and Hove City Council, is the campaign chairman and lead spokesman for the Vote Leave campaign locally.

Mr Grayling said: “I am delighted to be launching this cross-party campaign in Brighton and Hove.

“As home to a multitude of party political conferences over the decades, representative democracy is in the lifeblood of this city.

“I hope that residents will take note of this leading group of local leaders, who know from first-hand experience what a stultifying effect the EU has on the city’s ability to promote jobs and growth.

“If we ‘vote leave’ on 23 June, we can take back control of the £350 million we send to Brussels each week and spend it on our priorities.”

Sir Andrew said: “If we do not leave the EU in the next two years, it is only a matter of time before Britain is dragged into the United States of Europe.

“That means our country will lose control of its economy, taxation and expenditure – as well as foreign and security policy.

“Are we seriously contemplating that the British Parliament, with over 1,000 years of history, is to become no more than a glorified county council?”

Councillor Bewick said: “This is an extraordinary and historic moment for our city and our country. 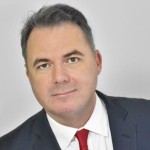 “Do we want to continue to surrender more of our political sovereignty to an unelected unaccountable elite in Brussels or do we want to take back control of our destiny so that we can invest in the priorities of the British people?

“Rather than send £350 million sent to the EU each and every week, we could be spending that money on our own priorities: saving our National Health Service, securing enough school places for our children, getting young people on to the housing ladder.

“The truth is that, for most of the residents of Brighton and Hove, our membership of the EU has driven down wages, inflated house prices out of reach for far too many people and resulted in unsustainable mass migration that places a huge burden on our local public services.

“It’s time to take back control so we can elect people that are directly accountable to us for the decisions they make.”