The former head master of Brighton College has defended testing pupils, saying that it need not be stressful for children. 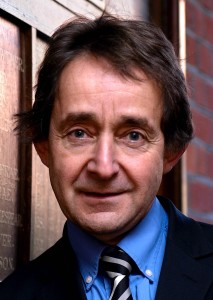 In a letter to The Times, Sir Anthony, the vice-chancellor of Buckingham University, said: “It is worrying that Natasha Devon, the government’s mental health champion, appears to have been dropped if it presages a diminution of interest by ministers in child mental health.

“She is wrong, though, to suggest that school tests must be stressful for young people.

“Challenges, including properly conceived exams and tests, build confidence and competence among children and contribute to, not detract from, their wellbeing.”

Sir Anthony wrote a book called An End to Factory Schools and introduced happiness classes at Wellington College, the school he where he was headmaster after Brighton College.

He spoke out days after parents pulled their children out of lessons in Brighton and Hove and around the country in protest over the new SATs (Standard Assessment Tests).

And after Natasha Devon told the Headmasters’ and Headmistresses’ Conference: “Time and time again over recent years, young people – and the people who teach them – have spoken out about how a rigorous culture of testing and academic pressure is detrimental to their mental health.

“Anxiety is the fastest growing illness in under-21s. These things are not a coincidence.”

The government denied that she was sacked for speaking out against it policy on testing.

Sir Anthony’s letter appeared in The Times today (Monday 9 May).