A Brighton man charged with bestiality with a dog has been found dead, a court was told yesterday (Thursday 12 May).

Charles Street, 47, of Rose Hill Terrace, Brighton, had also been charged with eight other offences, mostly relating to child pornography. One charge related to pornography involving dogs and horses. 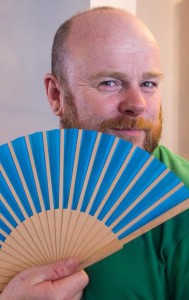 Brighton magistrates had ordered him to face trial by jury after he was alleged to have hundreds of pornographic pictures of children.

But before his case could be heard in the crown court he was found dead at his home near Preston Circus.

The offences were alleged to have taken place from December 2012 to June last year in London and Brighton. He moved to Brighton in 2014. He died last month.

At Hove Crown Judge Guy Anthony brought the case to an end after hearing from a Sussex Police officer who identified the defendant as dead.