Police are warning people to be on their guard after a Brighton man and his daughter fell victim to phone fraudsters. 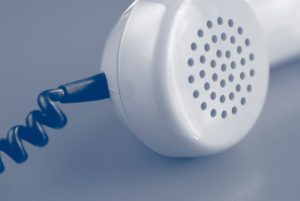 The 88-year-old man and his 54-year-old daughter of West Hill Place received a call on their home phone from a man with a foreign accent stating he was from Barclays Bank on 6 May. He told them they were exchanging every customer’s bank cards and wanted their personal details and PIN numbers.

The woman did not believe the man however he told her to hang up and call the number on the back of her bank card which she did. Another person answered the phone and confirmed the original call was genuine. They arranged for a man called Peter to attend their address and collect all their bank cards.

Whilst they were on the phone a man turned up at their home attended and they handed over all their bank cards. He was described as of Arabic appearance, 6ft, of slight build with dark hair. He then left in a white vehicle.

The victims went to their bank who advised them this was a fraud and cancelled their bank cards. They also confirmed that £3,000 had been taken from the man’s account and £50 from the woman’s account.

Police are also linking this incident to similar ones on the same day when a 73-year-old woman from Brighton was scammed out of £850 and a couple in Hove aged 80 and 81 were conned out of £1,200.

Detective Constable Cheryl Lewendon said: “Whatever you may be told, under no circumstances would the police or a bank request your PIN number or personal details over the telephone or arrange collection of your bank cards from your home address, as has happened in some instances.”

She advised: “Never give out your bank details to someone who has contacted you on your home phone unsolicited. If you have any suspicions please do not use the phone you have just been called on to contact the police or your bank.

“If possible use another phone to contact the police to report it or to contact a friend to relative to alert them. If you are unable to do this, then delay calling back by at least 10 minutes.

“I urge anyone reading or hearing this message to pass it on to any friends and relatives who may not be aware of this particular type of targeted fraud, to prevent any vulnerable friends or family members from becoming victims.

“We want to encourage everyone to continue to resist these callers, so if you have any information, whether you have received similar calls or know someone who has been a victim of this crime, contact police via 101 or email 101@sussex.pnn.police.uk quoting Operation Edisto.”