A man from Hove has been jailed for nine years after holding a gun to a 21-year-old woman’s head during a robbery.

Leon Hazel, also known as Leondre Cohen, was convicted of robbing the young mother and having a firearm at Chichester Crown Court.

Hazel, 37, of Wilfrid Road, Hove, and two other men, all wearing Guy Fawkes masks, knocked on the door of a flat in Thorn Road, Worthing, at about 7pm on Tuesday 27 October last year.

When the owner, Hannah Leake, answered the door Hazel put a gun to her head and made her hand over about £1,000 in cash. She had saved the money for a trip to Disneyland for her and her young daughter. 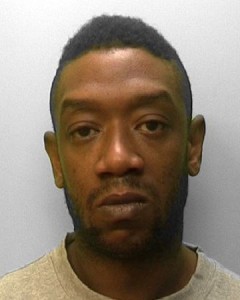 The three masked men also stole two mobile phones during the robbery. One of the phones belonged to Ms Leake and the other to her 23-year-old friend, Hopie East, who was also in the flat. Neither of the women were injured.

Detective Sergeant Simon Dunn said: “This robbery was a terrible ordeal for both these young women. I am just relieved that the young child was not inside the flat at the time.

“Both young women have acted with extreme bravery while supporting the investigation and during the court process, where they gave evidence.

“I am very happy with the sentence and thankfully a dangerous man is now in prison where he no longer poses a risk to others.”

Inquiries are still continuing in relation to two further suspects involved in the robbery.

Anyone with any information is asked to phone Sussex Police on 101, email 101@sussex.pnn.police.uk or call the independent charity Crimestoppers anonymously on 0800 555111.