A Brighton journalist and academic has studied the impact of Twitter on the general election as more parties and voters take to social media.

Ivor Gaber, professor of journalism at Sussex University, and five others examined the influence of Twitter and tried to work out whether it was a useful tool in studying elections.

They analysed the number of tweets and their content across 16 constituencies in the south east of England. In total they looked at almost half a million tweets, including responses.

The seats included Hove, which Labour won from the Conservatives against the tide, Brighton Pavilion, held by the Greens, and Thanet South, where the Tories held off the challenge from UKIP leader Nigel Farage.

Mr Gaber said: “Hove, where Labour performed very strongly and won the seat on a large swing, saw the Labour, Green and Conservative candidates all active on Twitter.

“The Green candidate pursued the most active Twitter campaign, by some margin, but emerged with relatively meagre rewards.

“All of which demonstrates that individual candidate activity on Twitter, indicative as it might be of local levels of campaigning, probably only has a marginal impact on electoral performance when weighed against other local factors and the overwhelming national electoral trends.”

He also said: “On Twitter, the least popular national party leader appeared to be David Cameron, the Conservative leader, who won the election, while the most popular was Natalie Bennett, of the Greens, whose party came last.

“This is a graphic demonstration of the difference between twitterati demographic and that of the electorate as a whole.”

The study noted that individual Labour and UKIP candidates who were responsive to voters did significantly better than the their party nationally.

Peter Kyle, who won Hove for Labour, was the most responsive of all candidates in the 16 seats in the study.

Mr Gaber said: “These findings are suggestive and, although far from conclusive, do enable us to reasonably infer that this constitutes prima facie evidence that Twitter activity can have a significant impact on electoral performance at constituency level. Although it is not certain to do so, it is at least consistent with that possibility.” 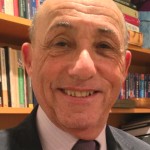 The study classified the way in which candidates and parties used Twitter, breaking them down into four categories:

Mr Gaber added: “Is Twitter a useful tool for studying elections? The obvious answer is that all information about election campaigning and voting behaviour is useful … But Twitter has its shortcomings as a research tool.

“Our own survey of local campaigners appears to indicate that parties are increasingly seeing Facebook as a more effective means of reaching the electorate.

“It is important to study Twitter within the context of the broader digital campaign.

“What is visible to researchers is not the same thing as what is important to the campaign itself. And Twitter was just one of the ‘digital channels’ that the parties utilised during the campaign.

“The lion’s share of tangible outcomes – volunteers and donations and vote pledges – came from email interactions and … a great deal of the targeted messaging was done on Facebook – which because of the privacy of most of these interactions, cannot be researched in the same way as Twitter posts.

“The answer to the question, ‘Is Twitter a useful tool for studying elections?’ can only be ‘Yes, but …’”

The study drew on other research and also found: “Candidates seek to extend to the twittersphere the kind of local community that they aim to create on the ground.

“A well-organised local constituency campaign will have a regularly updated Twitter feed or feeds that relate closely to the candidate him or herself although the level of interaction will typically depend on the candidate’s personal level of enthusiasm for the medium.

“Various approaches are possible and are employed by candidates on an individual basis, with no evidence of party instructions or mandate on how to proceed

“While these strategies differ in detail and effect, they all share the same localist frame and stand or fall on the competence and charisma of a local candidate and his or her support team.”

One thing seems sure – the study of how Twitter may have influenced the campaign, turnout and results of the elections is bound to generate at least a few tweets of its own.