The Prime Minister has recognised the parents of Connor Saunders for their tireless good work after the death of their son.

David Cameron praised the Brighton couple Shaun and Darran Saunders “who have dedicated their time to educating young people about the tragic consequences of violence and tirelessly raised awareness of the importance of organ donation after the death of their son Connor”.

Shaun and Darran Saunders, both 52, from Brighton, have received Points of Light awards in response to their charitable work.

The couple established the Connor Saunders Foundation after Connor was killed in an unprovoked attack four years ago. 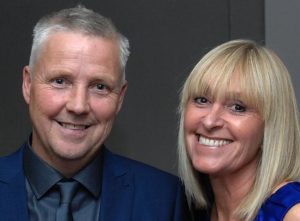 After Connor died, his parents found out that he’d registered as an organ donor at the age of 16.

“They have also raised over £35,000 to buy defibrillators for local sports clubs and provided first aid training for over 4,000 school children.

“Shaun and Darran Saunders are the latest recipients of a Point of Light award, which recognises outstanding individual volunteers, people who are making a change in their community and inspiring others.

“Each day, someone, somewhere in the country is selected to receive the award to celebrate their remarkable achievements.

“Shaun and Darran have hosted a number of events including football matches with the emergency services, fetes and coffee mornings raising over £35,000.

“The money has enabled the installation of 35 defibrillators at local sports clubs and schools providing vital life-saving equipment. 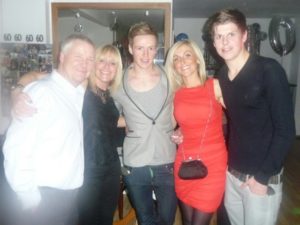 Connor Saunders, right, with his family

“Shaun and Darran have inspired others to volunteer and support their drive to provide first aid training at schools across Sussex.

“To date they’ve provided first aid training to over 4,000 school children. They have also funded football coaches with FA or UEFA badges to work with children with special needs in three schools.

“These children would usually miss out on the opportunity to play football in clubs as coaches are not normally trained to support the needs of children with special needs.

“The children have benefited from being able to engage in teamwork and have learnt leadership skills.”

Prime Minister David Cameron said: “Shaun and Darran have both made a remarkable commitment to raising awareness of the importance of organ donation in their son’s memory.

“The courage they have shown in using their son Connor’s story to educate young people about the tragic consequences of violence is truly inspiring.

“I am pleased to name them Points of Light for their tireless work.”

Shaun and Darran Saunders are the 540th and 541st winners of the Points of Light award which has been developed in partnership with the hugely successful Points of Light programme in the US and was first established by President George HW Bush.

Over 5,000 US Points of Light have been awarded and both President Bush and President Barack Obama have publicly supported the partnership with Points of Light UK which honours shining examples of volunteering across the country.

Shaun and Darran said: “We are humbled and overwhelmed by receiving this award. Without the continuous hard work and commitment from our daughter Courtney who not only efficiently organises us and the Connor Saunders Foundation we would not be able to accept this very prestigious award to continue Connor’s work.

“We accept this on behalf of Connor’s family and friends who since losing Connor have made it our and their mission to make a difference as Connor did.

“His life made this possible and his passing makes it a necessary. As his parents we will always remember the life he led.

“Immortality is first living a life worth remembering and Connor has done this. Good has to come from bad.

“We should also say as a family we would rather teach the next generation to save lives with their hands than take lives through one punch. “