Today is the deadline for voters to register to take part in the referendum on Britain’s membership of the European Union (EU).

Council chiefs are keeping Brighton Town Hall open until 10pm to give people a chance to beat the midnight deadline today (Tuesday 7 June).

Almost 200,000 people have already registered, with electoral chiefs at Brighton and Hove City Council saying that the latest figure is 195,000 and rising as the deadline tonight approaches.

There are about 206,000 people currently in the electoral register. But about 9,000 of those are EU citizens who won’t have a vote in the referendum, meaning 195,000 are registered and able to take part.

Two years ago there were just over 210,000 people on the electoral roll, with the figure rising to 214,000 for the general election last year. Direct comparisons are difficult, the council cautioned, as different eligibility criteria apply to different elections. 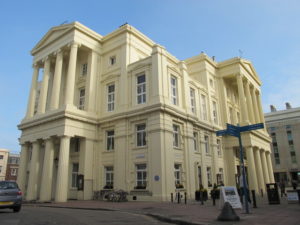 The introduction of individual voter registration in June 2014 has meant that fewer people have been registered in much of the country as they were previously registered by household.

The challenges in ensuring everyone can exercise their vote is reported to be greater in places such as Brighton and Hove where the population is more transient.

Concerns have been expressed that many students could be caught out by the changes despite public information campaigns aimed at encouraging them to register for a vote.

The council said: “The quickest and most effective way to register to vote is using the government’s About My Vote website which takes people through the application in about five minutes and they receive a reference number at the end to show they have completed the process.

“People need to know their national insurance number to register to vote.

“If people do not have internet access at home they could visit a local library to use computers there during opening hours.”

More information is available on the council’s website here and here. 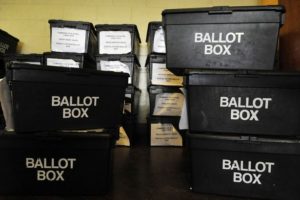 The council added: “The deadline for electoral services to receive the register to vote applications is 11.59pm tonight.

“Forms are not being received or processed at any other council building.

“If people are going to be away on the day of polling then it’s really important they register for a postal or proxy vote so they can still make their views known.

“Please note, the deadlines for postal and proxy applications are later but anyone wanting to apply to vote in these ways must already be registered to vote by the deadline tonight.”