A Brighton man who has devoted more than 30 years of his life to entertaining children has been recognised with a British Empire Medal in the Queen’s Birthday Honours List.

Kinny Gardner, 56, co-founded the Krazy Kat Theatre, and his citation said that he was being honoured for services to children’s theatre and children with physical disabilities.

Mr Gardner has been devoted to children’s theatre since he and his late partner founded the Krazy Kat Theatre Company in 1982. 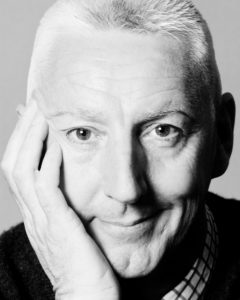 He is passionate about communication and inclusion and works tirelessly to ensure his shows are accessible to all children, including those who are deaf, hard of hearing or who have English as their second language.

He does this though his boundless energy, irrepressible sense of humour and his unique blend of visual and imaginative storytelling talents that have been making a difference to children’s lives across the country in schools, community centres and theatres.

Since 2000, after realising there was a need for accessible, inclusive theatre for children regardless of their abilities, he came up with the original idea of telling the story simultaneously in spoken and signed English to add to his visually dynamic style to appeal and be equally understood by hearing, deaf and disabled audiences.

His integrated use of sign-supported and spoken English has enabled deaf children with hearing siblings to be able to enjoy the theatre together.

Over the past 15 years he has become an accomplished user of British sign language and is recognised as a major innovator in the development of visual theatre using sign language arts.