A motorcyclist was left with minor injuries after a crash at the top of Elm Grove this morning. 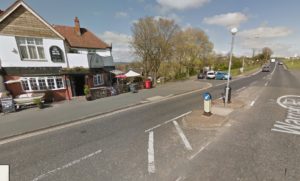 The collision happened shortly after 9.05am near the junction with Tenantry Down Road outside the Fox on the Downs pub.

A spokesman for the South East Coast Ambulance Service said: “Ambulance crews in a car and an ambulance attended the scene following reports of an RTC involving a car and a motorbike shortly after 9.05am.

“The motorcyclist was treated for believed to be minor injuries before being taken to Royal Sussex County Hospital in Brighton.”

A police spokesman said: “At 9.05am on Monday (27 June) police were called to the junction of Elm Grove with Warren Road in Brighton where a car and a motorcyclist had been in collision.

“The motorcyclist was treated at the scene by paramedics, having sustained minor injuries. The road was cleared by 9.50am.”