UPDATE: A mother and daughter who were reported missing when the girls failed to turn up to school have been found. 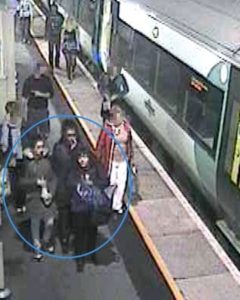 An appeal was launched yesterday for anyone who knew the whereabouts of Southwick woman Rachel Bouchaib and her two daughters, with police asking people to ring 999 if they see them.

Officers this morning said they are growing increasingly concerned for Rachel, 37, of Albion Street, and 12-year-old Zara and 10-year-old Safiyyah who were last seen on Southwick Beach on Saturday (2 July) at 7.45pm.

But at 12.34pm, Sussex Police tweeted that the trio had been found.

They were since spotted on CCTV cameras at West Worthing railway station on Sunday (3 July) at 12.35am and at the Next store near the Holmbush Centre in Shoreham on Tuesday at 7pm..