A group of Brighton residents are petitioning to stop more family homes being turned into shared houses in their ward.

They said that there were more than 800 HMOs (houses in multiple occupation) in the Moulsecoomb and Bevendean Ward alone – and most of these were let to university students.

Now a residents’ group, Family Homes Not HMOs, is campaigning to stop any further HMO licences being issued to homes in the area which includes Coombe Road.

Bevendean resident Bill Gandy set up the group and started the petition after many residents in the ward voiced their concerns at a recent Bevendean Local Action Team (LAT) meeting. The petition has already been signed by more than 400 people.

Mr Gandy said: “Families that have lived in this area all of their lives are being outpriced in the housing market by HMO developers.

“Eight hundred affordable family homes have been converted to HMOs in the area and another four HMO applications are in process as we speak. We believe this is the biggest single threat to our communities and to the family housing market in Brighton.” 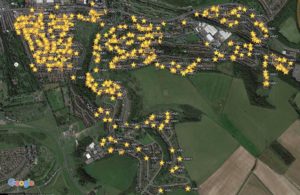 Homes turned into shared houses – or HMOs – in Moulsecoomb and Bevendean

He said that many residents were concerned about the impact that the sheer number of HMOs was having in the area. He said: “It’s having a detrimental effect on the local school which is now undersubscribed as well as service provisions.

“We even have our doctors’ surgery being sold and developed into a HMO to house university students.

“This current situation is no longer sustainable. Individual families, that have for generations been residents in our community, are telling me that they are at breaking point due to constant noise, swearing, rubbish bins overflowing, coming and goings of cars at all times of the day and night. At times it is more like an extension of the university campus.”

The Family Homes Not HMOs group wants the council to invest and build in the Bevendean and Moulsecoomb area to help meet the need for affordable family homes rather than increasing the number of HMOs. 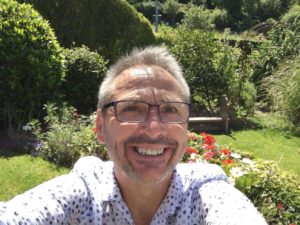 Mr Gandy said: “The cry from the council is that we must find affordable homes for families to ease the housing pressures.

“Why not consider putting a stop to more HMOs being allowed in this area, retain the existing homes and invest in the communities that already exist.

“The council’s quick to recognise the desperate need for affordable family homes but is slow in realising that by allowing more HMOs this exacerbates the housing problem.”

The petition asks the council to prohibit the issue of any future HMO certificates in the ward and it will be presented at a full council meeting of Brighton and Hove City Council on Thursday 20 October.