Plea to help find missing girl who may be in Brighton

Sussex Police issued a public appeal for help finding a missing 15-year-old girl who may be in Brighton this afternoon (Thursday 18 August).

The force said that officers were concerned for the welfare of the missing 15-year-old, adding: “Can you help find missing teenager Jenny Doyle?

“Jenny was last seen on Tuesday (16 August) around 8.30pm in Peacehaven.

“The 15-year-old is believed to have met a friend and maybe travelled to Brighton. However, she has been known to travel to Halifax in Yorkshire.” 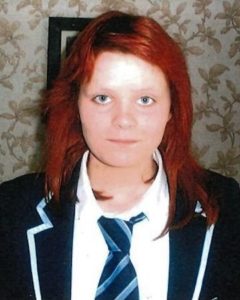 Missing person co-ordinator Shannon Marchesani said: “We are concerned for Jenny as she is only 15. She is white, 5ft 9in, with shoulder-length wavy red hair and blue eyes.

“She was last seen wearing a striped white, grey and black top, a black parka-style jacket and black trousers.”

If she is in danger or in need of urgent medical attention, ring 999.