The mysterious death of a Brighton woman led to the arrest of a man on suspicion of murder before a post-mortem ruled out a physical assault. 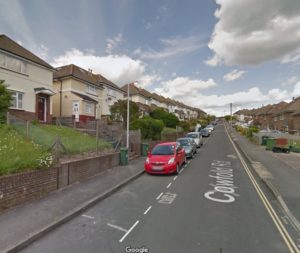 The 37-year-old woman died at a house in Cowfold Road, Whitehawk, on Saturday morning, after emergency services were called to reports she was unresponsive at 10am.

A 34-year-old Brighton man was arrested nearby on suspicion of murder, and officers made extensive door to door enquiries in the surrounding streets, asking residents if they knew anything about a serious incident having taken place between 5am and 10am that morning.

However, after post mortem results showed nothing consistent with a physical assault, the man was released without charge – although he was also arrested on suspicion of supply a controlled drug of class A – cocaine, two counts of assaulting a constable in the execution of their duty and conspiring to steal from a shop. He was bailed to return on October 31.

The death is still being treated as unexplained at this time, as the cause of death has not yet been established, but detectives are no longer treating it as a murder.