Patients and staff said sad goodbyes and a fond farewell as a doctors’ surgery in Brighton closed this afternoon (Friday 16 September).

The Willow House, in Heath Hill Avenue, Bevendean, closed for the final time. It had almost 2,000 patients on its list.

Bevendean has had a GP (general practice) surgery for more than 60 years, with some older patients able to remember Dr Mary Roberts, the first family doctor in the area.

Others remember Dr Hefin Pritchard who took over at Willow House. He arrived in 1986 and sold the practice 17 years later to Chilvers McCrea in 2003. He then spent nine years at Hove Medical Centre in Hangleton until he retired at the end of 2012.

They have been working alongside medical secretary Jackie Halls and Tina Call and a number of locum doctors, some of them who became regulars.

One of them, Dr Nick Lewis, is moving to the Allied Medical Practice, which is taking on the Willow House patient list. He has spent the past couple of years treating patients in Bevendean. 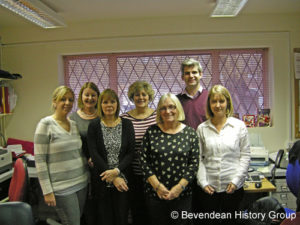 Sarah Ray and Jackie Halls will also be joining Allied which runs the Church Surgery, in Lewes Road, with a branch practice, the School House Surgery, in Hertford Road, Hollingdean.

With thank you cards and boxes of chocolates and other gifts around her, Sarah Ray said today: “A lot of our patients have been here a long time.

“It’s opposite the school and part of the community. People say it’s got a lovely feel here. It’s like a family.

“It’s a big thing. My other half, Max, has been registered here since he was born, like lots of our patients.”

But last December the surgery owner The Practice Group told health chiefs that it wanted to quit after a review ordered by the government meant a big cut in income.

NHS England wrote to other doctors in the area but there were no takers. 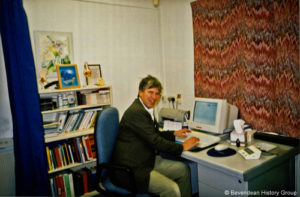 The company also pulled out of four other surgeries in Brighton and Hove. Only one – the homeless practice in Morley Street – is being recommissioned.

Patient lists have been or are being “dispersed” – either handed primarily to a neighbouring surgery or shared among nearby practices.

Some patients held a wake-style protest as representatives from the Brighton and Hove Clinical Commissioning Group (CCG) turned up to take away computers and other items.

One said: “It’s a sad day for the Bevendean community.”

Sussex Defend the NHS said earlier today: “The Willows surgery in Bevendean will finally close its doors this afternoon in spite of the community protests that have been going on for the past few months.

“The city has seen protests outside the surgery, a demonstration through town and deputations putting pressure on Brighton and Hove City Council’s Health and Wellbeing Board.

“Sussex Defend the NHS are angry about the decision to close the surgery.

“The Bevendean community have been fantastic in fighting for their surgery and they deserve more from their elected councillors. 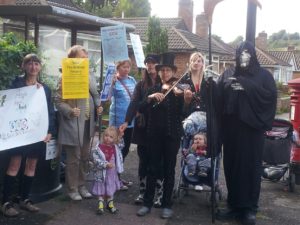 Patients mourn the loss of the Willow House surgery

“In spite of hundreds of people signing the petition to keep The Willows, in spite of doctors coming up with an alternative plan and in spite of the council’s stated policy to reduce health inequalities in the city, they went along with NHS England’s plan to take away local surgeries and create mega-hubs somewhere.

“Young mums, the elderly and disabled, when you’re feeling ill enough to see your doctor, you’ll now have to get on the bus and get down to the Lewes Road. What’s it going to be like in the winter?

“We want local services accessible for all in our communities, run for all of us, not health supermarkets run by big companies for profit. And we expect our elected councillors to help us achieve this.

“The Willows is one of the four surgeries in the city that has been closed down by the withdrawal from their contract of the Practice Group, a large consortium operating across the country.

“Hangleton Manor has already closed and the surgery in Boots in North Street.” 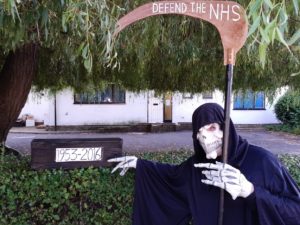 NHS England said: “Arrangements were put in place to make sure patients who were registered with the Practice Hangleton Manor and the Practice North Street will continue to get care at other local GP surgeries.

“Patients from the Practice Willow House will be able to get their care from Allied Medical Practice, which runs Church Surgery, in Lewes Road, from Monday 19 September.

“And patients registered with the Practice Whitehawk will be able to get their care from another local GP practice which runs a surgery in the same building once the Practice Group stops providing their care on (Wednesday) 30 November.

“The procurement process to appoint another healthcare provider to deliver care to patients at Brighton Homeless Healthcare Surgery is continuing.”

NHS England added: “The care of patients who were registered at the Practice Hangleton Manor automatically transferred to the Benfield Valley Hub GP Practice on (Monday) 18 July and these patients are now able to use the services provided by their new practice at Burwash Surgery in Hove and the County Clinic in Portslade.

“Patients from the Practice North Street were able to choose one of the surrounding practices that had capacity to welcome new patients before the practice closed on (Friday) 29 July and were provided with guidance about how to register with a new practice.

“The care of patients from the Practice Willow House will automatically transfer to Allied Medical Practice, which runs Church Surgery in Lewes Road, on Monday (19 September). 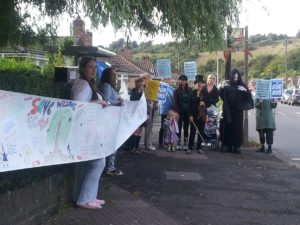 “Willow House patients will be able to contact Allied Medical Practice to make appointments at Church Surgery from this date.

“They will also be able to choose to use Allied Medical Practice’s second surgery, the School House Surgery, in Hertford Road, should they wish to do so.

“From Thursday 1 December, patients currently registered at the Practice Whitehawk Road will be able to get their care from Ardingly Court practice, which runs a surgery in the same building as the existing surgery, at Wellsbourne Health Centre, in Whitehawk.

“The Practice Whitehawk Road will close on (Wednesday) 30 November.

“We will update patients with any information they need about the new arrangements for their care closer to the time.

“We have been working with the Practice Group and the other local GP practices that are taking over the care of their patients to ensure that the needs of any vulnerable patients are met.”

The four closures this year follow the closure last year of Eaton Place, in Kemp Town, and Goodwood Court, in Hove. Goodwood Court also had a branch surgery in Eaton Gardens, Hove.

The Willow House is expected to be demolished and turned into a block of 19 student flats by the property owner Bill Packham. A covenant to replace the surgery looks unlikely to be enforceable now that the surgery appears not to be viable. The plans include permission to fell the willow and plant a replacement tree. 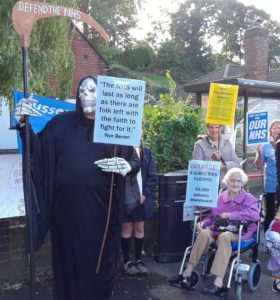