A roofer from Hove has been jailed for raping a 13-year-old girl in Shoreham 23 years ago.

Jason Podesta, 47, was arrested two years ago after the victim reported that she had been raped by Podesta, of Portland Road, Hove.

He was jailed for eight years after being convicted by a jury at Chichester Crown Court.

Sussex Police said: “The offence happened in September 1993 when the victim was 13-year-old at a flat in Ferry Road on Shoreham Beach.

“Podesta, who was 24 at the time, raped the victim at the flat.” 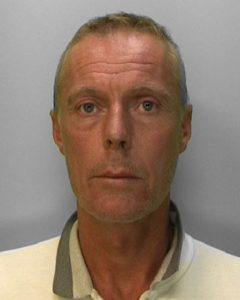 Detective Constable Beccy Hopkins said: “The victim never told anyone at the time and only bravely came forward in 2014 to report what had happened 20 years before.

“She had lived for all these years with what happened to her but decided Podesta needed to face up to his actions.

“Although this happened a long time ago, we thoroughly investigated to arrest and charge Podesta and last week he was sent to prison.

“We will always listen to those who report any kind of sexual offence and do our best to bring those responsible to justice.”