Brighton man in hospital after robbery

Two men have been arrested after a robbery at The Level which left one man in hospital. 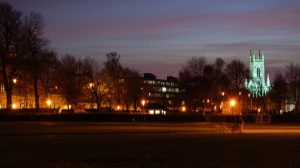 Police were called at 2.55am yesterday (Monday 17 October) to a report that a man had been attacked and injured at The Level in Brighton. The victim, a 23-year-old man from Brighton, was taken to hospital with an injury to his face and body.

The victim’s tobacco, mobile phone, watch, bank card and a small amount of cash were stolen.

Two men were held. A 19-year-old man and a 24-year-old man, both from Portslade, were arrested on suspicion of robbery. They have been bailed until Sunday 20 November while investigations continue.

Anyone who saw what happened or who has any other information is asked to call Sussex Police on 101 or email 101@sussex.pnn.police.uk.