The cost of painting the seafront railings has topped £650,000 over the past seven years, according to Brighton and Hove City Council.

The figures were revealed in response to a series of questions from Councillor Robert Nemeth who urged council bosses not to forget Hove.

Council Nemeth said: “The seafront in my own ward, Wish, has been particularly neglected in recent years, just as the Madeira Terraces have been on the other side of town.

“If the future of the seafront generally is to be sustainable then no area can be forgotten. Deterioration is rapid under harsh maritime conditions after all.” 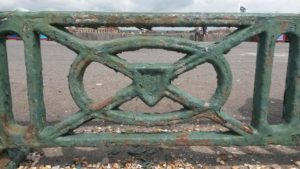 Councillor Nemeth asked how much had been spent painting and maintaining the railings in Hove at a recent council committee meeting.

Councillor Alan Robins, who chairs the Economic Development and Culture Committee, said: “Within the last seven years works have been undertaken at different points totalling over £100,000.”

Councillor Nemeth said: “I have sought to build a full picture of exactly how the Hove seafront is being maintained so that the mistakes of the past are not forgotten.

“Through a series of written and oral questions at committee, and a number of ‘freedom of information’ requests, it is clearly the case that problems are being stored up for the future.

“The railings aren’t being painted properly and the chairman of the Economic Development and Culture Committee has refused to recognise the problem despise the clear implications for tourism and heritage.

“My message is simply that Hove and Portslade must not be forgotten once again. If a proper plan is to be discussed then it must include all of the seafront.

“If Hove’s railings are not included in the plan, what else is being forgotten?”

The Hove councillor asked Councillor Robins whether he would write to his colleague Councillor Gill Mitchell, who chairs the Environment, Transport and Sustainability Committee about the condition of the seafront railings in Hove. 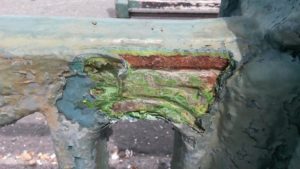 Councillor Robins replied: “It is not necessary to write to the chair of the Environment, Transport and Sustainability Committee, as the need for considerable investment in seafront infrastructure was considered by the cross party Seafront Infrastructure Scrutiny Panel (chaired by Councillor Mitchell).

“A key recommendation of that panel was the development of a Seafront Investment Plan to identify potential options to achieve a sustainable seafront.

“Maintenance of the railings takes place when possible within available resources and the prioritisation of other maintenance requirements.

“Within the last seven years works (in Hove) have been undertaken at different points totalling over £100,000.” 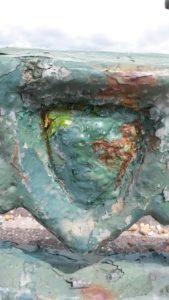