Prince Philip to carry out official opening of Brighton i360

Prince Philip is to carry out the official opening of the Brighton i360 on Friday (28 October).

The Duke of Edinburgh will unveil a plaque and take a trip in the viewing pod up what has been described as the world’s first vertical cable car.

He will also meet civic leaders and the team behind Brighton’s latest tourist attraction – a feat of structural engineering some ten years in the making from the team behind the London Eye.

Buckingham Palace said: “The Duke of Edinburgh has a special interest in design and engineering and is officially involved with over 25 engineering institutions worldwide, including the Royal Academy of Engineers and the Institution of Structural Engineering.”

The 95-year-old prince will also meet members of the West Pier Trust and hear about the architecture, history and heritage of the area. 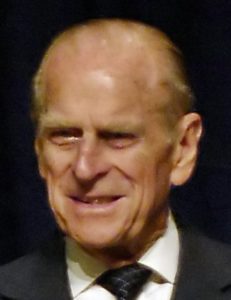 Early forecasts suggest a relatively clear day on Friday, which should afford good views from the i360 over the town, Downs and coastline.

Brighton and Hove City Council leader Councillor Warren Morgan said: “The British Airways i360 is proving to be a popular attraction for visitors to Brighton and Hove and is a great addition to our seafront.

“We look forward to welcoming the Duke of Edinburgh as he sees the city from the new and impressive viewpoint at the top of the tallest structure in Sussex.”

“We are very proud of the design and engineering that have been achieved at British Airways i360 and look forward to showcasing this new landmark to His Royal Highness.”

Mr Marks, who designed the landmark, said: “Built at the landward end of Brighton’s historic West Pier, British Airways i360 is a modern day ‘vertical pier’ that gives a new perspective on the city.

“Its purpose is simply to delight, entertain and inspire.

“Its design, engineering and method of construction are innovative, just as the West Pier was in its time.

“And just as the original pier invited Victorian society to ‘walk on water’, so British Airways i360 invites visitors to ‘walk on air’.”