Two men have been charged with two knifepoint robberies in Hove over the past fortnight.

Scott Thompson, 29, unemployed, of Sheridan Terrace, Hove, and Jamie Paris, 26, a labourer, of Ashton Rise, Brighton, have both been charged with the robberies.

Paris was also charged with the theft of two bankcards from a man in Brighton on last Monday. 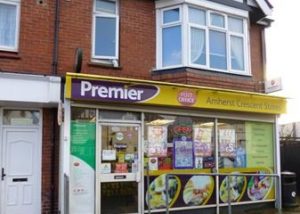 Both appeared at Brighton Magistrates’ Court, Paris on Wednesday (19 October) and Thompson was brought before the court again today (Monday 24 October).

They were remanded in custody to make an initial appearance at Lewes Crown Court on (Wednesday) 16 November.

Sussex Police said: “The arrests and charges follow an investigation by Brighton CID.

“At 8.10pm on Tuesday 11 October, two men entered Poets Convenience Store, in Westbourne Street, Hove, threatened a member of staff with a knife and took a quantity of cash from the till before making off. The staff member was unhurt.

“At about 2.50pm on Monday 17 October, two men entered the Post Office, in Old Shoreham Road, Hove, and stole a quantity of cash from the till, before making off on foot towards Portslade. The shop worker was threatened with a knife by one of the suspects but not harmed.”