Police are asking for help to trace a burglar caught on camera after breaking into a tapas bar and restaurant in Brighton.

The man, who was wearing a New York Yankees baseball cap, stole £800 and left a trail of damage when he burgled Olé Olé, in Meeting House Lane, Brighton.

The force said: “The break-in occurred at 1.30am on Monday 10 October when the suspect is thought to have entered the building via the roof and a toilet window.

“An internal door was damaged when he forced his way into a staff room but he was unable to go any further. He then left the way he had come.

“Next he broke another window to get into the main restaurant where an untidy search was made and the till damaged as he stole some £800 cash. 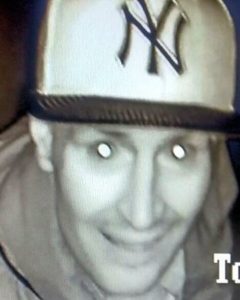 “Earlier the same evening the same man was caught on CCTV trying unsuccessfully to enter the nearby Angel Food Bakery, though in the process cracking a door and damaging the lock.

“The suspect was wearing a New York Yankees baseball cap, a Nike tracksuit and Adidas trainers.”

Anyone who recognises the man, who noticed anything suspicious around either premises or who may have other information is asked to contact police.

Informants can phone Sussex Police on 101, email 101@sussex.pnn.police.uk or call the independent charity Crimestoppers anonymously on 0800 555111.