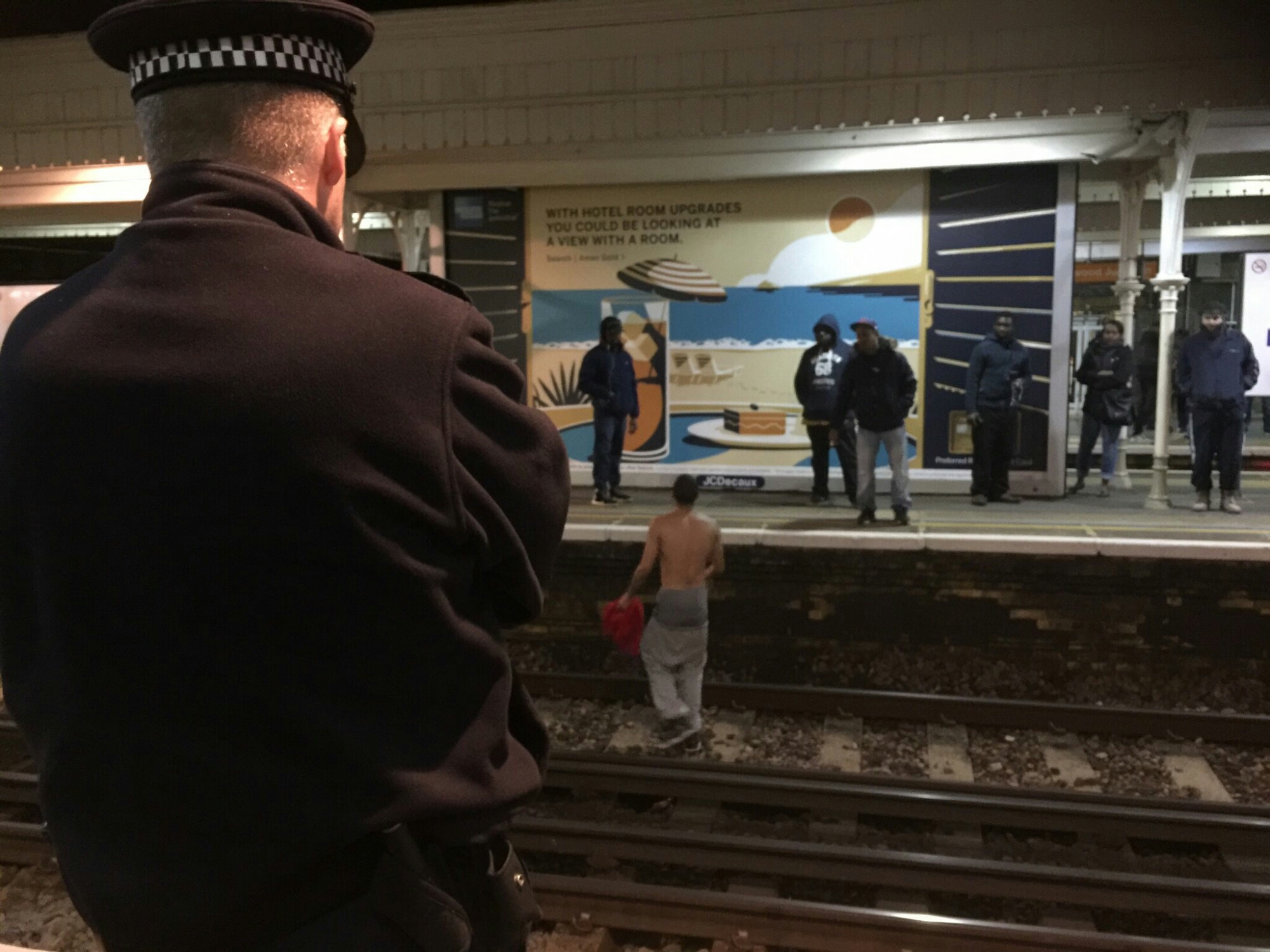 Commuters have suffered huge delays tonight after a man jumped on to the tracks, stripped and rapped before fleeing along the line from police with Tasers.
The incident, which happened at Norwood Junction, has affected trains bound for Brighton and Hove.

Journalist Lianna Brinded took this footage of the trespasser and posted it on Twitter this evening.

Here’s the dude in another video doing an impromptu rap. pic.twitter.com/UFFIocceGg

She said the man said he wanted to appear on YouTube. Police arrived shortly afterwards with Tasers, but the man fled along the tracks towards Croydon.

All lines through Norwood Junction were closed as a result of the incident, which happened shortly after 6pm.

Power was restored at about 7.30pm but delays continue.