Staff at a Brighton hotel made a sad discovery today when they found the body of a guest who had passed away in one of their rooms. 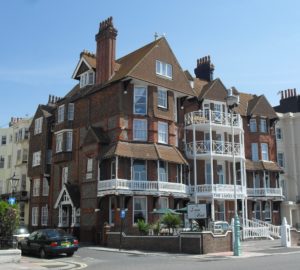 The Lanes Hotel by Voice of Hassocks on Wikimedia Commons

Police were called to The Lanes Hotel at 12.20pm today to reports of a man’s body. No foul play is suspected and the coroner has been informed.

A police spokesman said: “At about 12.20pm on Monday (7 November), police received a report of a man’s body which was discovered by staff at The Lanes Hotel in Marine Parade, Brighton.

“There are no suspicious circumstances and the coroner’s officer has been informed.”