A Brighton school has warned parents to be on their guard after the second sex attack on young girls in Brighton this month. 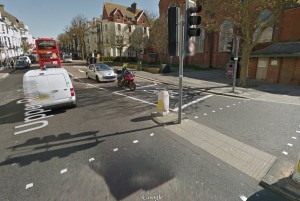 The school, which cannot be named for legal reasons, sent out the warning today after one of their pupils was groped by a man with a long beard and beanie hat in Upper Rock Gardens.

In a message to parents today, the school said: “There has been another sexually related incident in the St James’s Street area around 3.45pm yesterday.

“The man involved in described as having long, dark brown hair with grey flicks and has a beard.

“He has pale skin, and was wearing a red jacket with panels on the shoulders, ripped jeans and brown boots at the time of the incident.

“Police are aware and attended the incident quickly. If the students have any concerns they should contact the police or speak to someone in the school.

“Thank you for supporting us to keep students safe.”

A police spokesman said: “Police were called at around 4pm on Tuesday (8 November) to report a 12-year-old girl had been sexually assaulted by touching in Upper Rock Gardens, Brighton.

“At around 3.45pm the victim was approached by a man who asked her for money and then a lighter before grabbing her and walking away.

The suspect has been described as white, between 40-50-years of age, around 5ft 6in with a long beard. He was wearing a black beanie hat, a red coat with grey patches and ripped jeans.

Anyone who saw what happened is asked to please report online to https://sussex.police.uk/contact-us/response-to-appeal/ quoting serial 832 of 08/11.