Police are asking witnesses to a small fire which closed Brighton Museum to come forward. 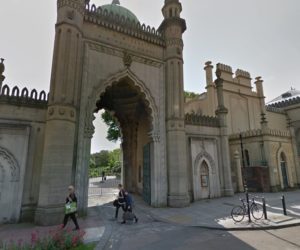 A homeless man has been arrested for arson over the blaze outside North Gate House in Church Street which broke out at 6.05am on Thursday, October 27.

Crews from East Sussex Fire and Rescue Service attended and put out the fire, but damage to the gate led to the closure of the museum that day.

Officers attended and a 50-year-old man, of no fixed address, was arrested on suspicion of arson. He has been bailed until 24 January 2017 pending further enquiries.

You can also report online https://sussex.police.uk/contact-us/response-to-appeal/ or call 101.