A Brighton-based international education group and language school boss has urged the Prime Minister to relax the stringent restrictions on visas for students from India.

James Pitman, managing director of the Study Group’s higher education division in Britain and Euope, made the case in a letter published in the Financial Times.

The FT published the letter from Mr Pitman, whose employer runs Bellerbys College and International Study Centres, yesterday (Monday 14 November) under the heading: “Indian students offer a net boost to the UK economy.”

He wrote: “Now that we know from the leaked Home Office exit checks that 99 per cent of international students do in fact leave after their degree studies and therefore make an immaterial contribution to the net migration targets, as subsequently confirmed by Max Chambers – speech writer and home affairs adviser to David Cameron, it should be easy for the current Prime Minister Theresa May to give the Indian government what they want.

“That is to relax the unnecessarily stringent student visa restrictions that she imposed as Home Secretary, without compromising her beloved net migration targets. 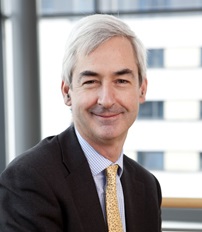 “A return to the levels of Indian students in 2011 would lead to the creation of 12,000 new jobs, roughly half of which would be in local economies in the hinterlands of the universities where they would study, in regions all over the UK.

“The students would also become great ambassadors for the UK on their return home. A good deal all round.”