A new beer festival inspired by the traditional German event is set to be staged on The Level over three days next autumn. 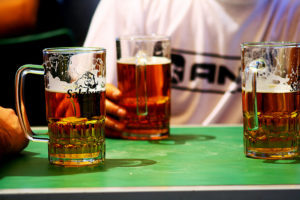 Local company Baird Event Services have asked permission to hold Oktober Fest from Thursday 12 to Saturday 14 October, and the council will decide whether or not to approve their plans tomorrow.

It’s one of several big events to be held in the city’s parks and open spaces next year, which will also see the return of Pride, Brighton Festival and Fringe, Together the People and a new LGBTQ event on the New Steine.

Councillor Alan Robins, chair of the council’s economic development and culture committee said: “Outdoor events play a major role in attracting visitors to Brighton and Hove all year round, adding to the vibrancy of the city for residents and tourists and making a significant contribution to the local economy.

“Events such as the Pride, the Marathon and the Brighton Festival bring huge crowds to the city, attracting widespread media coverage and providing valuable publicity. We are particularly excited about our new events – Oktoberfest, The Brighton Fringe Hub and the LGBT History month celebrations.”

The Oktober Fest event will feature high quality, locally produced beers and food in a tent which will hold about 1,000 people, with seating for up to 150 outside.

Until 6pm, the event will be open to the public and based on “quiet Octoberfest” with quiet brass and traditional folk music. From 7pm to midnight, a ticketed session will have traditional live acts and DJs.