Trollope’s last management job was at Cardiff City, where he took over as manager from former Albion boss Russell Slade.

He was also a member of Chris Coleman’s Wales coaching staff, contributing to the country’s impressive run to a semi-final place at the summer’s European Championships in France.

Swindon-born Trollope previously worked with Hughton at Birmingham City during the 2011-12 Championship season. They also worked together at Norwich City, alongside Nevin, from the summer of 2012 until April 2014. 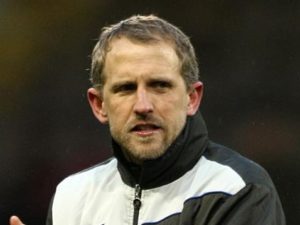 Hughton said: “I’m delighted to be working with Paul again as we did at both Birmingham and Norwich.

“He’s an excellent coach and, since his time with me, he’s gone on to gain great experience at international level with Wales and in club management with Cardiff City.”

Trollope started his coaching career at Bristol Rovers as a 33-year-old caretaker manager while still a player for the club.

He went on to spend a further five years as manager, leading Bristol Rovers to victory in the League Two play-off final and the Football League Trophy Final in 2007 before stabilising the club in League One and reaching the FA Cup quarter finals in 2008.

He began his career at Swindon Town – where his father, John, made 900 appearances – and went on to play almost 400 first-team games himself as a midfielder at Torquay United, Derby County, Fulham and Northampton Town, scoring 37 goals.

Trollope secured three promotions as a player, including two to the Premier League – one with Derby County, as runner up in 1995-96, and another at Fulham, as champions in the 2000-01 season.