Search for driver who failed to stop after crash with cyclist

Police are trying to trace the driver of a black car which failed to stop following a collision with a pedal cyclist in Brighton. 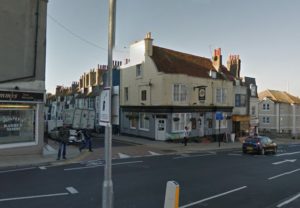 The crash happened at 12.15pm on Friday (25 November) as both the car and the cyclist were heading west along Edward Street.

As the car turned into George Street, outside Jimmy’s Hairdressers, a collision occurred and the cyclist, a 28-year-old Brighton woman, fell to the ground.

She sustained broken ribs, bruises and grazes and was treated at the Royal Sussex County Hospital, Brighton, before being allowed home.

The car involved continued on its way without stopping, and police are now appealing for the driver or anyone who saw what happened to come forward.

They can do so by emailing collision.appeal@sussex.pnn.police.uk or by phoning 101, quoting serial 533 of 25/11.