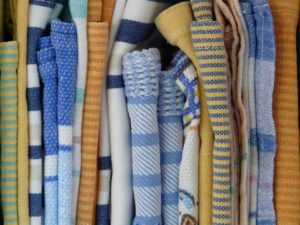 The Southover in Hanover was the latest Brighton eatery to fall victim to the exploding tea towel phenomenon, which happens when oil residue on cloth is heated up in a tumble drier, and then catches fire.

In this case, the towels had even been folded and neatly stacked, but the residual heat was enough for the towels to smoulder and then burst into flames.

Firefighters were called to the fire at 2.15pm and used breathing apparatus and a hose reel to put out the flames.

Landlord Ryan Shippam said: “I’m still trying to get my head around the actual science of it. But apparently if tea towels have just been cleaned and dried, and left in a pile the heat can build up until the combust.

“There was a little basket with a stash of tea towels folded neatly in the kitchen and they started to smoke. They were quickly noticed and only a small fire managed to start.

“The services got here really fast which was great. No real damage except for a handful of tea towels and the container they were in, it wasn’t near anything else combustible so it was quite contained. This all happened about half hour before the pub opened so no delay in opening up.

“It was just more of a nasty smell that lingered but it’s cleared today.”

Tea towels most commonly explode in commercial kitchens because of the large amounts of oil they typically get through. They were blamed for a blaze at Terre a Terre in 2012 which closed the restaurant for several weeks.

Brighton College and Billie’s Cafe have also fallen victim and in June 2015, the phenomenon was caught on CCTV at the Soapbox Laundrette in Montreal Road, a stone’s throw from the Southover, when tea towels from another Hanover pub caught fire in a tumble drier there.

The fire service’s quick response means the Southover will be open as usual, including on Christmas Day from 12pm to 3pm, and on New Year’s Day for roasts.