A Brighton secondary school has been rated as good by Ofsted – the second highest of the four grades used by the official education watchdog.

The Brighton Aldridge Community Academy (BACA) earned the rating after being inspected six weeks ago.

Staff, students and supporters were celebrating today (Thursday 12 January) – two years after being told that it was a school that required improvement.

As well as an overall rating of good, Ofsted said that the school was good in every aspect of its work from teaching to student behaviour and welfare and the results that students achieve.

The school, which is sponsored by the Aldridge Foundation, said that academic results were better last summer.

In August the percentage of students achieving five or more GCSEs at A* to C grade, including maths and English, rose 22 percentage points from 29 per cent in 2015 to 51 per cent.

Ofsted said in its report: “The care, guidance and support for pupils’ wellbeing and safety are outstanding. All members of the school community are encouraged to have high aspirations.”

Teaching and learning is rated as good, with Ofsted describing the standard of teaching across the Academy as “skilful and planned well”.

The inspectors said: “Teaching has improved because staff experience high-quality training for their professional development.”

The report said: “The behaviour of pupils is good. They concentrate very well in lessons and settle down to work willingly.”

It adds that BACA students “work hard and learn well”. 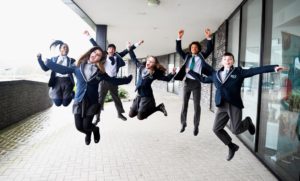 Inspectors also praised BACA’s “superb facilities”, stating that “all pupils benefit and enjoy the wide range of sports included in the extra-curricular provision”.

The sixth form is described as “very well led and managed”. The report said: “Students enjoy sixth-form life and are well prepared for their futures.”

The school’s digital media, cricket and construction courses are also singled out for praise.

BACA principal Dylan Davies said: “I would like to pass on my thanks and congratulations to our students, staff (present and past), parents and carers, our governors and sponsor, and the people who have believed in the academy and its direction for their support and help in achieving this grade together.

“We are very proud of this Ofsted grade. Getting to ‘good’ recognises the partnerships and teamwork that have helped so many young people to achieve over the years and our focus to make BACA the best possible school for local children.

“I am looking forward to the future and the exciting, new opportunities this recognition will bring for BACA and the local community.

“As a principal, it is humbling to read that our work together to support our students’ personal development and welfare has been graded as outstanding.” 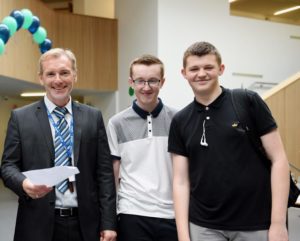 Hove MP Peter Kyle, BACA’s chairman of governors, said: “It’s hard to describe my unmitigated pride in what students, teachers and the leadership at BACA have achieved. It’s almost too big to imagine!”

He praised the achievement in being rated as good by Ofsted “with so many extraordinary commendations about student attitudes, quality teaching and the ‘can-do’ atmosphere that reaches every corner of the school”.

“What makes me most happy, though, is the huge pride that students take in this achievement and the fact that they know that this is just the beginning of BACA’s journey.

“Each term brings yet more excellence and opportunity for students.”

Aldridge Education chief executive Chris Tweedale said: “This is great recognition of the progress the academy has made. With good teaching and outstanding student care in superb facilities, BACA is in a great position to be recognised as outstanding in future.”