A crackdown on caravans in a dozen parks and open spaces in Brighton and Hove which will allow the city council to move on unauthorised traveller camps more quickly is now in force. 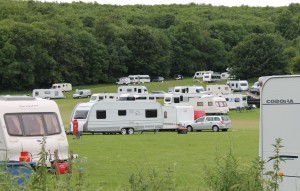 Travellers at Stanmer Park in 2015

Public Space Protection Orders (PSPOs) to combat antisocial behaviour have been introduced elsewhere in the country, most controversially to target beggars and rough sleepers.

However, in Brighton and Hove, they are targeting people living in vehicles and tents in areas where traveller camps have been commonplace in recent years, including Wild Park, Stanmer, Preston Park, the seafront, Sheepcote Valley, Woodingdean Memorial Lawn and St Helen’s Park in Hangleton.

However, parks where homeless people have camped over the winter, including Victoria Gardens, Brunswick Square the the Old Steine, are not included.

The orders, approved by councillors in July following a public consultation, will begin being enforced from April. They will be in force for a maximum of three years.

Councillor Gill Mitchell, chair of the city’s environment committee, said: “We have wonderful parks and open spaces and the PSPOs will help us ensure everyone’s enjoyment of them is not spoilt by a minority.

“We understand the frustration and upset caused by nuisance, anti-social behaviour environmental damage in our open spaces, and believe Public Space Protection Orders are a useful addition to the work we already do to keep parks clean and safe.”

Where they apply, the PSPOs impose prohibitions on:

On request by an authorised officer, police officer or PCSO, anyone challenged needs to:

Breaching a Public Space Protection Order is a criminal offence.

The number of unauthorised camps in Brighton and Hove reached a peak in the summer of 2015, when the temporary traveller site at Horsdean was closed to build more, permanent pitches there.

This meant that police could not use powers to move on unauthorised camps as there was no official site within the city limits to direct them to.