The Met Office has issued a severe weather warning for winds of up to 80mph across exposed coastal areas of south England on Friday. 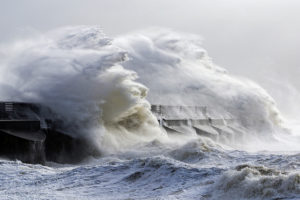 The warning, issued this morning and in place from 6am to midnight on Friday, 3 February, says: “There remains considerable uncertainty around the developments – if such winds were to occur, we would expect damage to trees and perhaps to buildings, possible disruption to power supplies, as well as delayed travel.

“A number of potentially vigorous low pressure systems are likely to move quickly towards northwest Europe later this week. One of these, on Friday, may affect parts of southern parts of the UK.

“However it is worth stressing that there are a number of scenarios in which the strongest winds miss the UK altogether. Even so, spells of wet and windy weather will be affecting many areas later this week.”