The County Ground in Hove has been chosen to host the women’s cricket Super League finals day in September.

The 15 group stage matches are due to take place from Thursday 10 August to Saturday 26 August, using the 20-over format.

The top three teams will take part in finals day at the County Ground in Hove on Friday 1 September. The matches will be televised on Sky Sports.

Last season’s inaugural Super League winners, the Southern Vipers, will play their final match of the round robin stage at Arundel on Saturday 26 August.

The Vipers are based in Southampton and their partners include Sussex Cricket.

“This is the flagship day in domestic women’s cricket and, following the success of the inaugural campaign last year, the competition is going from strength to strength. 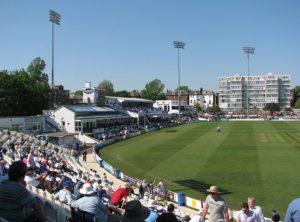 “The boost of increased media coverage throughout the tournament, including the finals day at Hove, is great for the competition and we look forward to hosting what is set to be a fantastic day.

“It also further demonstrates Sussex’s commitment to women’s cricket and we are hoping for a big turnout from across the south east and beyond.”

ECB director of England Women’s Cricket, Clare Connor, said: “At the end of last summer I said that I was immensely proud of what the Kia Super League had achieved during its first season but equally I stressed that there was still considerable growth potential for the competition.

“Moving into year two I am therefore delighted to announce the next historic moment in the development of the domestic women’s game in this country, with six Kia Super League group stage matches plus finals day due to be televised live on Sky Sports, alongside enhanced levels of broadcast coverage throughout the competition on BBC Radio.

“In total, we will be taking the Kia Super League to 14 different venues during the season, which presents a fantastic platform to spread the game to new audiences across the country.

“Alongside the ICC Women’s World Cup in June and July, we have a brilliant opportunity to showcase the sport this summer, grow our participation base and inspire more fans than ever before to watch and get involved with women’s cricket.”