Tickets for the 51st Brighton Festival go on sale tomorrow, with the full programme having been announced this morning (Wednesday 15 February).

Members can buy tickets from 7.30am tomorrow for more than 130 events during May, with the box office opening to the public at 9am on Friday 24 February.

The full programme for the festival was announced at an event where guest director Kate Tempest, the performance poet, author and musician, took part in an interview over Skype.

The 31-year-old Londoner is performing a number of times at the festival herself – not for the first time – and has taken as her theme “the everyday epic”.

She said: “I believe that art is social. It should be a part of life. No big deal – just life itself.”

Festival chair Polly Toynbee said that, like last year’s guest director Laurie Anderson, Tempest was someone who crossed genre and broke down barriers, including between the arts and the people.

She added: “If ever there was a year when we needed an artist who connects with the dismal zeitgeist of the moment, this is the year.”

Kate Tempest said that she loved the way that the Brighton Festival spanned the disciplines, adding: “What excites me is how language, lyricism and storytelling can appeal to so many people and in so many different places.

“I was very keen on expanding the festival out a little bit so it didn’t just happen in the centre of town.

“The people at Brighton Festival have been amazing at helping me, particularly with some of my more outlandish ideas.

“We have these two community hubs in Hangleton and Whitehawk where there will be a whole programme of events that is free.”

Polly Toynbee said: “We’re always trying to reach out to people who might not feel the arts is something for them.”

Kate Tempest said: “But it might be that they can’t afford to get into town or buy the tickets for an event. They might not be able to afford child care.” 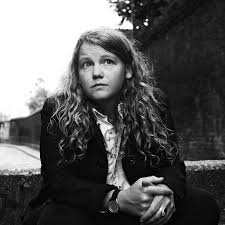 He also thanked other key sponsors Gatwick Airport and Sussex University and “everyone who enables this festival to exist, to thrive and to continue”.

He also shared a selection of the highlights of the 2017 festival which opens with the Children’s Parade on Saturday 6 May and runs for three weeks.

For more information and to buy tickets, click here.